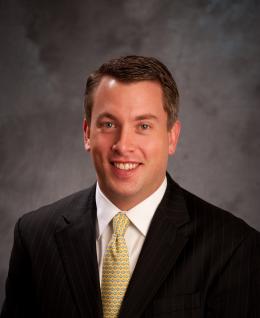 Clark Mica currently serves as Vice President, Government Affairs at The Fertilizer Institute.  In this role, he is responsible for directing TFI’s policy advocacy efforts and ensuring the fertilizer industry’s voice is heard on Capitol Hill.

Prior to joining TFI in 2009, Mica served as a Presidential Appointee in the George W. Bush Administration at the Department of Housing and Urban Development (HUD).  As Deputy Assistant Secretary for Intergovernmental Relations (Acting), Mica was the Department’s liaison to the White House, federal agencies, Governors, Mayors and public and private industry organizations.

He was responsible for effectively communicating the Department’s positions on issues that effected HUD’s key stakeholders.  Mica also served as a Congressional Liaison Officer at HUD, where he worked to advance legislation to increase homeownership, promote economic development, modernize the Federal Housing Administration (FHA), and reform the Real Estate Settlement Procedures Act (RESPA).

Prior to joining the administration, Mica was an associate with a government relations and international business firm in Washington, D.C.  While there, he effectively advocated on behalf of a variety of Fortune 500 clients before Congress and the Executive Branch on issues including energy, health care, homeland security and transportation.

A native of Winter Park, FL, Mica earned his BS in Political Science at Appalachian State University in Boone, NC.