From environmental reasons to improved usage practices to manufacturing efficiencies, interest in fertilizers has never been higher than it is now 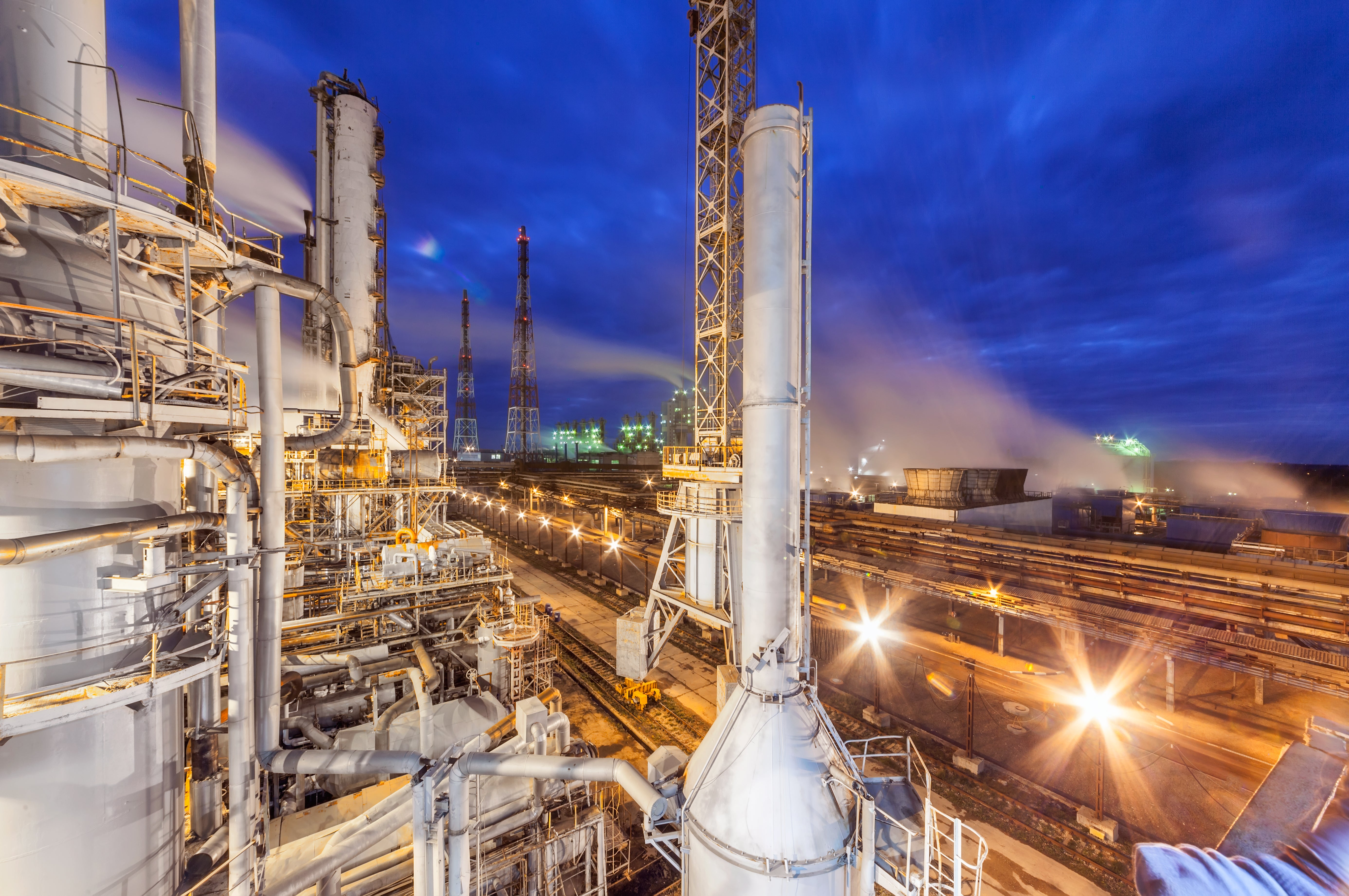 From environmental reasons to improved usage practices to manufacturing efficiencies, interest in fertilizers has never been higher than it is now

This article was originally published in the January/February 2020 issue of Argus Media's Fertilizer Focus magazine.

With 2019 in the books, fertilizer industry leaders note the realities of a year that dealt with bad weather, worldwide political challenges and routine market cycles. This in no way dispels their optimism for 2020 and beyond. In fact, they’re realistic that some years will be challenging, while others will deliver more opportunities than can be expected.

Magnus Ankarstrand is president of Yara North America. He says a strong nitrogen market has given rise to an increase in nitrogen production from 2016 onwards, as well as improved production efficiency.

“We’ve seen an increase in production, particularly on the nitrogen side that affects us,” he says. “Capacity in North America was achieved fairly quickly, but additional capacity in China and North Africa has followed, although it is not likely additional nitrogen projects make sense in the near term. For Yara, it’s been important to ensure we continue to make our production more efficient, such as decreasing gas consumption per ton of ammonia produced.

“It’s also been important to expand our downstream distribution,” Ankarstrand adds. “Our ability to distribute our products to cooperatives and retailers worldwide and have infrastructure and alternative outlets in different markets to deliver products all over the world has been extremely important to us, in addition to delivering superior knowledge about crop nutrition to farmers.”

Mike Hamilton, vice president, business director for Plant Nutrients at AdvanSix, says while economics for growers continue to be a struggle, it’s important to keep market cycles in mind.

“We continue to see market cyclicity for fertilizer and crops, in general,” he says. “While today’s market is fairly weak, there is a growing need for more food and grain. I think most market participants expect things to rebound.”

This aligns with observations of The Fertilizer Institute. In addition to normal market fluctuations, there has been a transformational shift in interest of the fertilizer industry from insiders and outsiders alike. This signals an overall positive for upcoming years.

“In the last few years, especially the last couple, there has been a significant increase in the whole sustainability discussion around agriculture,” he says. “This interest is accelerating. The increased focus on the carbon footprint of agriculture in general, and especially fertilizer issues, such as leaching, runoff and water management have become big issues.

“Quite clearly these are becoming big topics, but what’s important for us as a company and for the industry as a whole, is to provide a solution that solves these issues with current technology using available methods, such as the 4Rs,” he adds.

As noted in previous editions of the State of the Industry Report, the industry is ahead of the game when it comes to advances. The 2019 edition is expected to deliver the same.

“Some of the trends we’ve measured through members are important points we are able to use in advocacy,” Moody says. “Since 2014, the industry has continued to increase the percentage of greenhouse gas (GHG) emissions captured during nutrient production, our safety record remains well below that of our peers and we’ve seen a continued increase in enhanced efficiency fertilizer use.”

In 2017, TFI conducted research to understand what the barriers and consideration farmers face when implementing practice change. Moody says cost was overwhelmingly identified as the top consideration. She adds that while cost is simple to identify, it is more complex to show farmers the economic benefits of practice change.

“Because practices are linked to management systems, costs from equipment changes and fuel usage to labor and changing input costs must be considered. Cost savings or increases linked to practice change come from a variety of management decisions. Understanding where they originate puts more information in the hands of farmers and crop advisers. By developing case studies in multiple geographies and various cropping systems, we hope farmers will be able to see examples that look somewhat like their own operations, Moody says.”

In addition to TFI’s own research on the benefits of 4R Nutrient Stewardship, its members conduct research to improve use of their products. AdvanSix has examined the agronomic benefits of split-applying nitrogen and sulfur. Hamilton says they have found that performing a pre-plant or at-plating application and then applying ammonium sulfate later in the cycle, gets the nutrients where and when the plants need them. Plus, there are fewer environmental losses.

“This improves grower economics because they’re getting more efficient plant nutrition,” he says. “This is important for the industry and society as a whole.”

As Yara has increased production capacity, it also found a way to tap by-product hydrogen from other producers in the Freeport, Texas, area and use it to produce in a sense, hydrogen-free ammonia.

Ankarstrand and other company leaders are looking ahead, too. Yara has invested in incubator farms in Alabama and California in the United States and in Saskatchewan in Canada. All represent a substantial investment into crop nutrition knowledge and research and development. However, the California farm includes tree crops, so the commitment is strong for a long-term, year-over-year study of nutrient use.

For the last two years, AdvanSix has issued its own sustainability report. Hamilton says it is a comprehensive document that looks at issues from an overall business perspective and supports the company’s goal of being transparent.

Opportunities for nitrogen, phosphorous and potassium will continue to grow, as well as those for other nutrients, especially sulfur.

“In the last 10 to 15 years, we’ve seen an increase in awareness of the understanding of the need for sulfur,” Hamilton says. “It has accelerated a bit more because over the same period of time, we’ve seen a significant reduction in SO2 emissions from sources like coal-fired power plants. Because of this, US sulfur deposition has decreased and the need for growers to invest in sulfur nutrition is increasing. We see this with sulfur demand.”

“We don’t believe China and India use enough sulfur,” he says “Even soybeans in the United States could benefit from more sulfur. We’re conducting research on this now. Most of our research is completed in partnerships with agricultural universities. Their researchers perform great work and growers look to university researchers as non-biased advisers.”

These advances and changes in thinking create opportunities for all industry players. TFI’s Moody says most leaders are embracing them from the top down.

“At TFI, we have ramped up 4R efforts for the last decade. We have been able to take ownership of our part of the nutrient loss problem and more importantly, own a solution. The 4Rs allow us to lead with science and bring a wide range of stakeholders with us from state and federal agencies, academia, conservation and commodity groups. We’ve also ramped up our knowledge of industry efforts with the data collection required for the State of the Industry Report. It gives us awareness of multiple efforts across the fertilizer supply chain that we use to inform our advocacy efforts and decisions, as well as our stakeholders. Industry members can also use the data to perform internal assessments relative to industry averages.”

“Part of our challenge is to continue to communicate,” he says. “Fertilizer is important to ensure people have enough to eat. How we communicate its relevance will be key to success at all levels.”

Aiding this much-needed communication is one use of the new State of the Industry Report, Moody says.

“Sustainable food choices, water pollution and climate change remain at the forefront of discussions and in the media,” she says. “We also hear more about environmental, social and governance (ESG) reporting for publicly traded companies. Our 4R and State of the Industry Report are tools the fertilizer industry can use as they navigate these issues.”