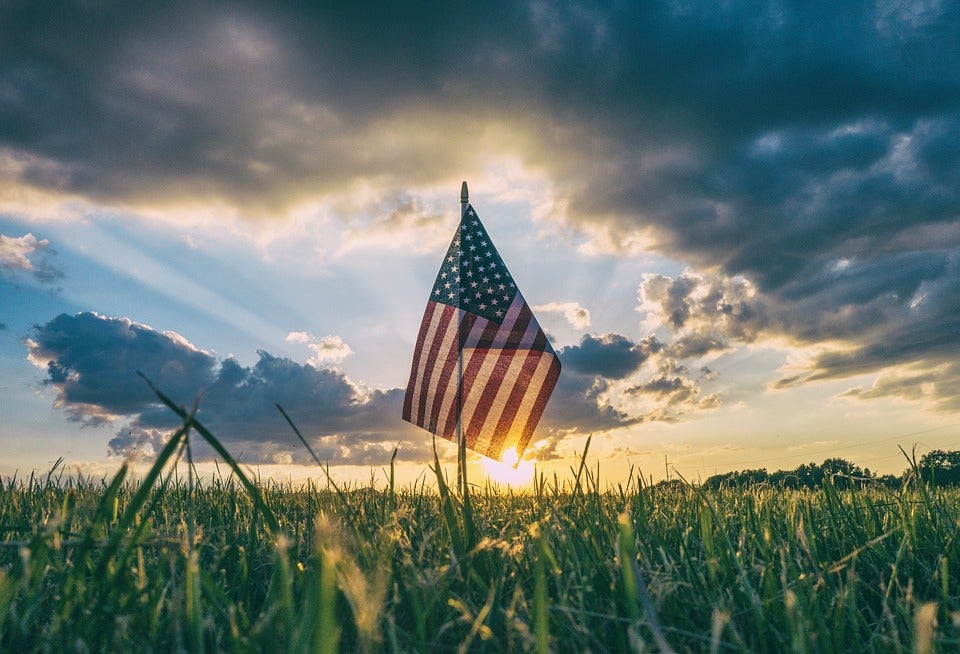 California: Despite serving her 26th year as a US Senator, California Democratic Party delegates overwhelmingly awarded their official endorsement to challenger Kevin de Leon, a Los Angeles state legislator and former state Senate President. In voting at a special delegate session open to only 330 individuals throughout the state, 65% of the attenders this past weekend at the Oakland meeting voted for the state party to officially endorse de Leon. Sen. Feinstein, who was present at the meeting, urged the party members to vote for "no endorsement" when it became obvious she could not win. She attracted only 7% support. The remaining 28% did as she asked and voted "no endorsement."

The ballot initiative that would have divided California into three separate states and created an additional four Senate seats under a modified US state map over a long process, will not be voted upon. Though the initiative qualified for the ballot in terms of valid petition signatures, the California State Supreme Court late this week ruled the initiative question unconstitutional. Therefore, the proposition dies before voters have their say.

Missouri: The Missouri Senate race may arguably be the most topsy-turvy race in the country so far this year. Most polls have shown just a small lead for one contender or the other but, in most, Sen. Claire McCaskill (D) has enjoyed a slight advantage. Earlier this week, the Remington Research Group released its new Show Me State survey for the Missouri Times news site (released 7/10; 1,034 MO registered voters via automated response device) that finds Attorney General Josh Hawley (R) again claiming the lead, with a slim 48-46% edge over Sen. McCaskill. We can expect this race to be rated a toss-up all the way to Election Day.

New Jersey: A new Gravis Marketing poll for the Breitbart News site (7/6-10; 563 NJ likely voters) finds former pharmaceutical executive Bob Hugin (R) pulling to within a 43-41% margin of Sen. Bob Menendez (D) despite heavy advertising attacking the former man for prices and availability of various life-saving medication. Hugin, who has loaned at least $7.5 million of his own money to his campaign, has countered with his messages attacking Sen. Menendez over ethics. The reference, of course, is the Grand Jury indictments brought against the Senator that resulted in a hung jury, dismissal of charges, and finally the government folding their case.

Tennessee: A series of four Tennessee Senate polls were released within the July 2-14 period, and both Rep. Marsha Blackburn (R-Brentwood) and former Gov. Phil Bredesen (D) find public data projecting them as the race leader. As we covered last week, the Axios Media Survey Monkey poll (6/11-7/2 (for their 13 state polls); 1,010 TN registered voters) found Rep. Blackburn leading definitively at 55-41%. This was followed by a WPA Intelligence poll (7/9-11; 551 TN likely voters) that found her ahead, but with a more pedestrian 38-35% margin.

Public Policy Polling simultaneously released their data (7/10-11; 583 TN likely voters) that saw Mr. Bredesen up 44-41%. Now, Emerson College publishes their Tennessee poll (7/11-14; 657 TN likely voters) that projects Bredesen to an even larger 43-37% advantage. Combined, this tells us that we have no clear current leader at the present time. Mr. Bredesen has the statewide name identification and positive image advantage, while Rep. Blackburn's solid conservative base and Tennessee's voting history since the former Governor left office are the key points in her favor.

West Virginia: The Trafalgar Group (7/13-16; 1,158 WV likely general election voters) released their latest poll, and the ballot test confirms what other pollsters have also been reporting. According to Trafalgar, Sen. Joe Manchin (D) leads Attorney General Patrick Morrisey (R), 50-40%. This is the first reported poll that has tested what happens if the incumbent votes either for or against Supreme Court nominee Brett Kavanaugh. Should Sen. Manchin vote for Kavanaugh, his support margin soars to 59-30%. If he chooses to oppose the judge, the race becomes a toss-up at 47-45%.

Wisconsin: The Marquette Law School is back with their latest poll (7/11-15; 800 WI registered voters; 305 likely Democratic primary voters; 216 likely Republican primary voters) that tested the Wisconsin Republican primary where voters will determine on August 14th who advances into the general election to face Sen. Tammy Baldwin (D). According to the results, state Sen. Leah Vukmir (R-Brookfield), who has Gov. Scott Walker's support along with many other state Republican leaders, has a very slight 34-32% edge over businessman Kevin Nicholson.

AL-2: Four-term Alabama Congresswoman Martha Roby (R-Montgomery) easily turned back a Republican run-off challenge from former US Representative and ex-Montgomery Mayor Bobby Bright, on Tuesday. The Congresswoman scored a 68-32% victory, winning in all 15 of the 2nd District's counties. The run-off turnout exceeded 71,000 Republican voters. The race was a re-match of the 2010 general election when Ms. Roby unseated then-Rep. Bobby Bright, who at the time was a Democratic incumbent.

CA-48: A new Monmouth University poll surveyed the Republican Orange County 48th District that Rep. Dana Rohrabacher (R-Costa Mesa) has held since 1989. According to the MU data (7/11-15; 402 CA-48 registered voters), Democratic challenger Harley Rouda, a businessman, has crept into a 46-43% lead over the Congressman. Though this district features a Republican registration advantage of 40-30%, the race has evolved into a toss-up largely because of seemingly favorable comments that Mr. Rohrabacher has made about Russian President Vladimir Putin.

Several days ago, the Feldman Group (6/24-27; 400 CA-49 likely voters with a 200-person oversample of those who register No Party Preference) found Mr. Levin leading the race on a 44-41% count, which expanded to 49-46% when those who responded that they are leaning to one candidate or the other were added. The new Harkey Campaign poll, from Public Opinion Strategies (7/15-16; 400 CA-49 likely voters), reports their candidate claiming a similar three-point lead, 46-43%. Ms. Harkey, hailing from Orange County, leads in the Orange County section 53-42%, and just 44-43% in the dominant San Diego County segment.

FL-6: Rep. Ron DeSantis' (R-Palm Coast/Daytona Beach) is leaving a dead heat Republican primary in his wake as he mounts a statewide campaign for Governor. According to a new St. Pete Polls survey (7/18; 477 FL-6 likely Republican primary voters via automated response device), a virtual three-way tie exists for the Republican nomination. According to St. Pete, former state Rep. Fred Costello, retired Naval officer John Ward, and businessman and retired Army Green Beret Michael Waltz, record respective support figures of 21-20-20%, which looks to be the closest three-way contest anywhere in this national election cycle. The Florida primary is August 28th, and the outcome is obviously in doubt.

HI-1: Former Congressman Ed Case (D-HI-2) may be coming back. Mr. Case was first elected in a 2002 special election but decided to launch an ill-fated Democratic primary challenge to Sen. Daniel Akaka in the 2006 Democratic primary instead of continuing his career in the House. Mr. Case has since attempted another run for the US Senate and entered a 2010 special congressional election for the 1st District. Before coming to Congress, he had lost a gubernatorial campaign.

Now a new Mason-Dixon Polling and Strategy survey (7/6-11; 244 HI-1 likely Democratic primary voters) signals that Mr. Case may be returning to the winning track. According to the data, he leads the field of five Democratic opponents with 36%. Lt. Gov. Doug Chin is second with 27%, ahead of state Sen. Donna Mercado Kim (14%), and three others who fail to reach 10% support. The Hawaii primary is scheduled for August 11th.

Georgia: Controversy has surrounded Lt. Gov. Casey Cagle soon after he finished first in the May 22nd Republican gubernatorial primary. In a telephone conversation with fourth place finisher Clay Tippins, one that the latter man secretly taped, Mr. Cagle admitted he supported a particular piece of legislation simply for political reasons. He believed supporting the bill in question would head off opponents' spending against him in the Governor's race. Once his comments were released to the media, the voter reaction became what one would expect.

After finishing first with a 39-26% margin over Secretary of State Brian Kemp, a new Opinion Savvy poll for the local Atlanta Fox News affiliate (7/17-18; 466 GOP likely run-off voters) sees Mr. Kemp outpacing Lt. Gov. Cagle, 55-37%, which is the biggest spread between the two candidates since primary election night. Additionally, President Trump has just officially endorsed Mr. Kemp, and Vice President Mike Pence is coming to the state to campaign for him over this weekend. The Georgia run-off election is Tuesday, July 24th.

Hawaii: Mason-Dixon Polling & Strategy released a new survey (7/6-11; 494 HI likely Democratic primary voters) that finds Gov. David Ige pulling ahead of his Democratic primary challenger, US Rep. Colleen Hanabusa (D-Honolulu), for the first time. The new M-D numbers find Gov. Ige now ahead 44-40%. This is a highly significant finding because it was Mason-Dixon, in March, who found Ms. Hanabusa forging a commanding 47-27% advantage.