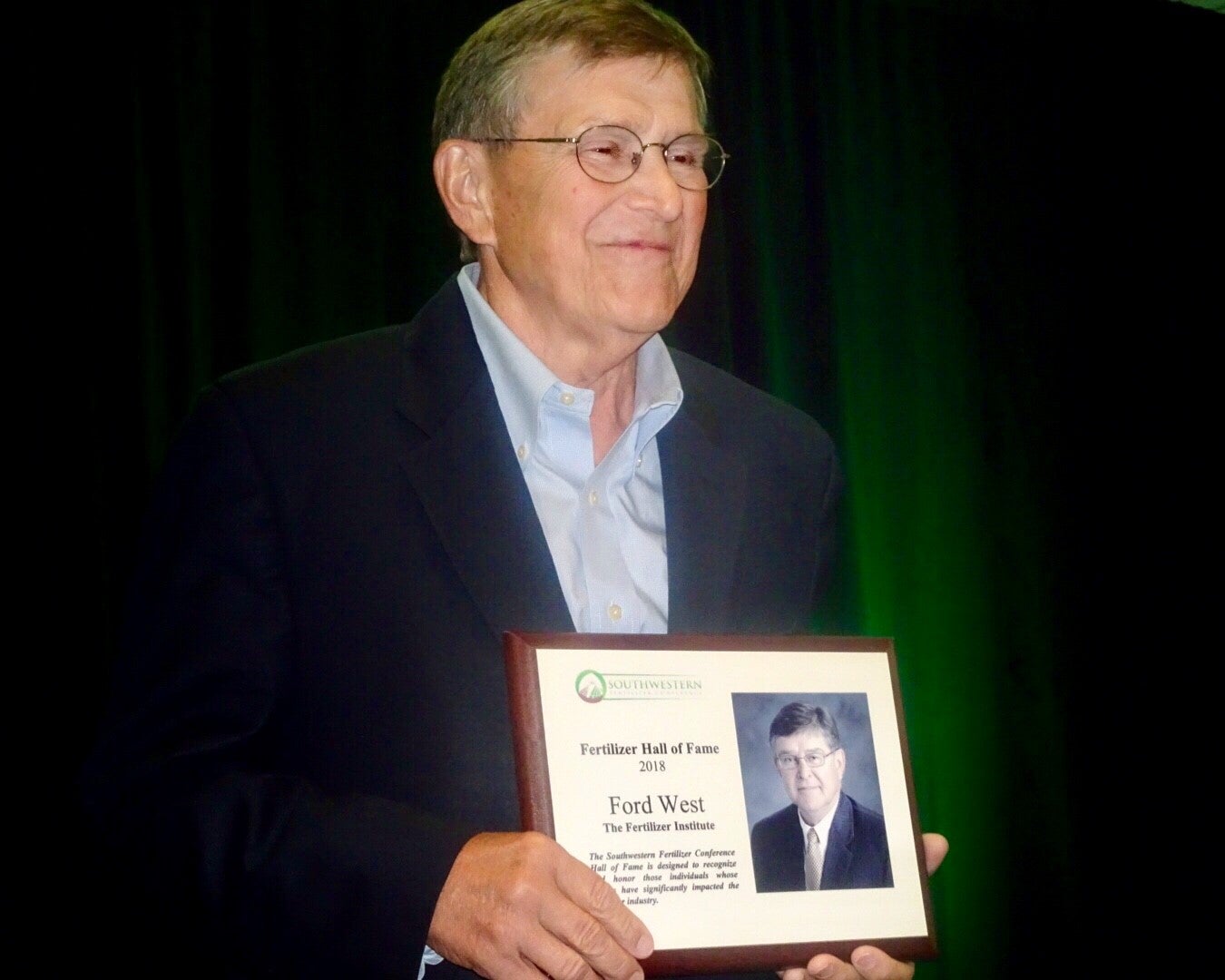 “Ford was recognized for this prestigious award for his dedication and commitment to the industry, and to the Southwestern Fertilizer Conference,” said SWFC Executive Director Pat Miller. “Ford is well-known and well-loved in this industry for his warm personality, passion for fertilizer, and drive to get the job done.”

West was joined by Dewalt Willard with Willard Agri-Service and Kenneth Winborn, Jr. from American Plant Food into the Class of 2018. Willard is a long-time TFI member and served several terms as a TFI board member.

“I want to thank the Southwestern Conference for honoring me with this award,” said West. “My passion for the fertilizer industry is coupled with the relationships I have been lucky enough to have formed over the last 37 years. I am truly humbled with this honor.”

“Ford has been a longtime friend and champion of the fertilizer industry,” said Chris Jahn, TFI President. “He left some big shoes to fill when he retired from TFI, and I am personally grateful to his contributions in advocating for such an important industry.”

The SWFC Fertilizer Hall of Fame program is designed to recognize those individuals who have significantly impacted the fertilizer industry, both past and present.