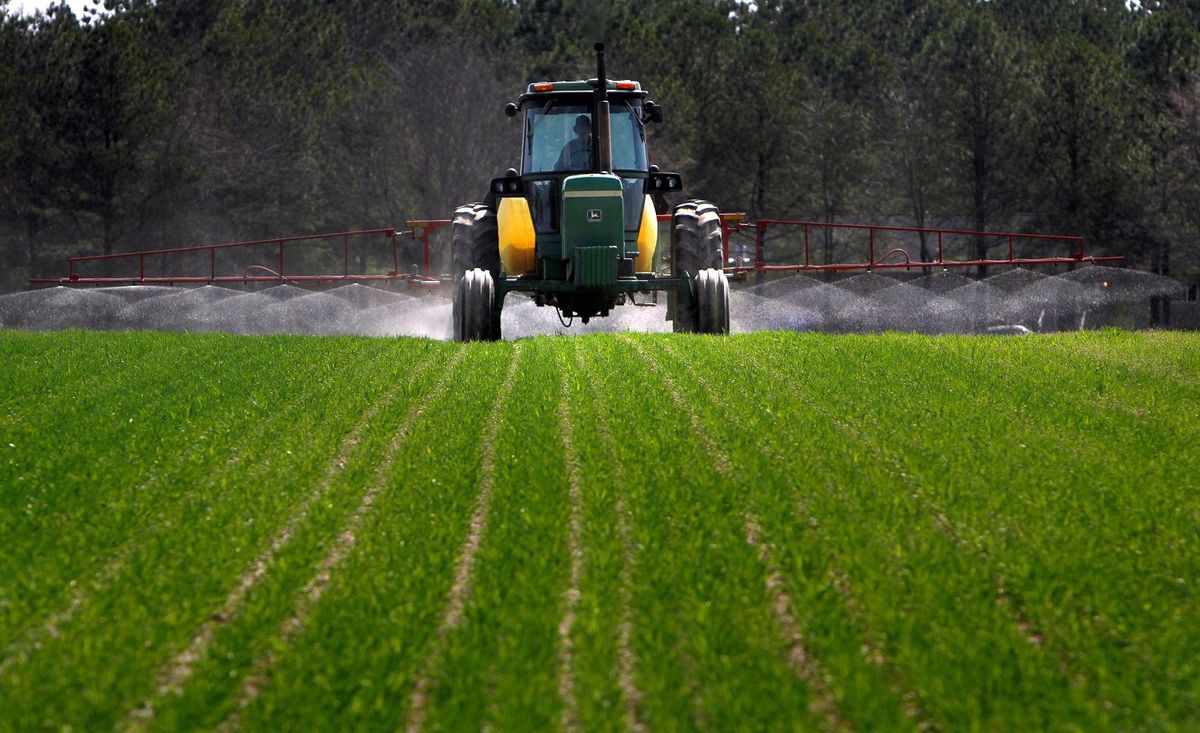 TFI and its members recognize the ongoing challenge of climate change and are committed to the safe, secure and sustainable production, distribution and use of plant nutrition. Click here to read a letter TFI submitted to the Select Committee in November 2019 outlining our priorities for climate change policy.

As Congress continues to debate various climate change policy proposals, it is important to recognize the importance and contributions of the U.S. fertilizer industry to global food security, supply and sustainable agriculture production. Fertilizers account for 50 percent of global food production. In addition, the fertilizer industry supports more than 487,000 American jobs and has an economic impact of over $130 billion annually.

The U.S. fertilizer manufacturing industry is both energy-intensive and trade-exposed and “any potential climate legislation must preserve the global competitiveness of the U.S. fertilizer industry and our farmer customers,” TFI President and CEO Corey Rosenbusch said. Furthermore, any federal policy, including a price on carbon, that increases production costs—both directly through a carbon fee and indirectly by increasing the cost of natural gas—would likely lead the industry to reconsider any additional investments in the U.S. and could force production overseas.

Rosenbusch explained, “From 1998-2008, when natural gas prices increased 4-fold, half of U.S. ammonia production capacity was shut down. Beyond the problem of jobs lost, that production shifted overseas to countries that don’t necessarily have the same efficiencies or environmental regulations.” For example, nearly 80 percent of China’s ammonia production uses coal as a feedstock, a process that emits nearly two and a half times the amount of carbon dioxide as using natural gas. Therefore, any climate change legislation must include a mechanism to prevent the potential for such carbon leakage.

“Thanks to advances in fertilizer production processes and the implementation of science-based 4R Nutrient Stewardship practices, the fertilizer supply chain and our farmer customers today are producing more with less,” continued Rosenbusch. “We are pleased that the report includes a recommendation to provide increased incentives and resources for farmers to adopt the 4Rs as a way to reduce greenhouse gas emissions (GHG).  In addition, we recommend including 4R practice implementation in any offset credit program that may accompany any market-based regime to reduce GHG emissions.”

A recent case study showed that a corn farmer in Illinois who went from basic to advanced 4R practices on his farm was able to reduce his CO2 emissions by 34.7 percent over the course of four years. Additionally, cost per acre decreased by more than $60 due to lower fertilizer costs associated with variable rate applications and decreased labor and equipment costs for strip-till applications of anhydrous ammonia versus full, custom applications.

Since 1980, U.S. farmers have more than doubled corn production while using only 6.9 percent more fertilizer. “Without that yield increase from fertilizer, our farmers would need 175 million additional acres to grow the same amount of corn,” Rosenbusch explained. “Efficient use of fertilizer and industry ingenuity have led to a doubling of yield, a modest increase in fertilizer use, and the preservation of an area roughly the size of Texas from being turned into farmland. When you look at it from that perspective, fertilizer is a key component in land conservation and of reducing deforestation.”

“TFI is committed to continuing to work with members of Congress to ensure that any legislation or policy advanced can reduce GHG emissions without creating disincentives that would inhibit the continued advancement toward a more sustainable U.S. fertilizer industry.”