State of the Industry

From raw material mining, to fertilizer production, transportation, distribution, and retail, TFI’s membership spans the fertilizer industry value chain. Because the mining and production processes in the industry are the most resource-intensive, this section of the report focuses primarily on companies operating in these parts of the value chain.

Responsible water use is fundamental to sustainability efforts and conservation. Water is a significant resource in the production of phosphate and potash, and to a lesser extent for nitrogen fertilizers. Because some fertilizer operation’s processes are water intensive, many industry members have established water efficiency and zero discharge targets to be achieved through water conservation and reuse or recycling within their operations.

By quantifying industry water usage, we can assess the magnitude and usage per-ton of water consumed to provide benchmarks for continuous improvement. In this report, TFI gathered water-related data from member companies based on volume (in gallons) of water purchased and water withdrawn from wells and surface water. Volume of collected rainwater, reclaimed water, and reused or recycled water are of interest; however, fewer than three companies reported preventing inclusion in this report.

Three TFI member companies reported that, collectively, they have 56 zero-discharge facilities in their retail and distribution operations. A zero-discharge facility is defined as having no direct liquid discharge to surface or ground water, other than stormwater drainage. These facilities are beneficial because they avoid adding any pollution load to waterways, except for runoff from precipitation.

Nine companies reported water data for 2015, compared to seven companies who reported in the pilot report. The manufacturing companies that provided data for 2015 account for 52 percent of nitrogen and 84 percent of phosphate and potash fertilizer nutrient production capacity in the United States2.

Water use efficiency for nitrogen production increased among the reporting member companies. Total water use over the three-year period declined, considering the six companies that reported data for all three years. On a normalized basis, all seven companies were included across the three-year period. The water use per nutrient ton declined by 18.6% from 2013 to 2015. 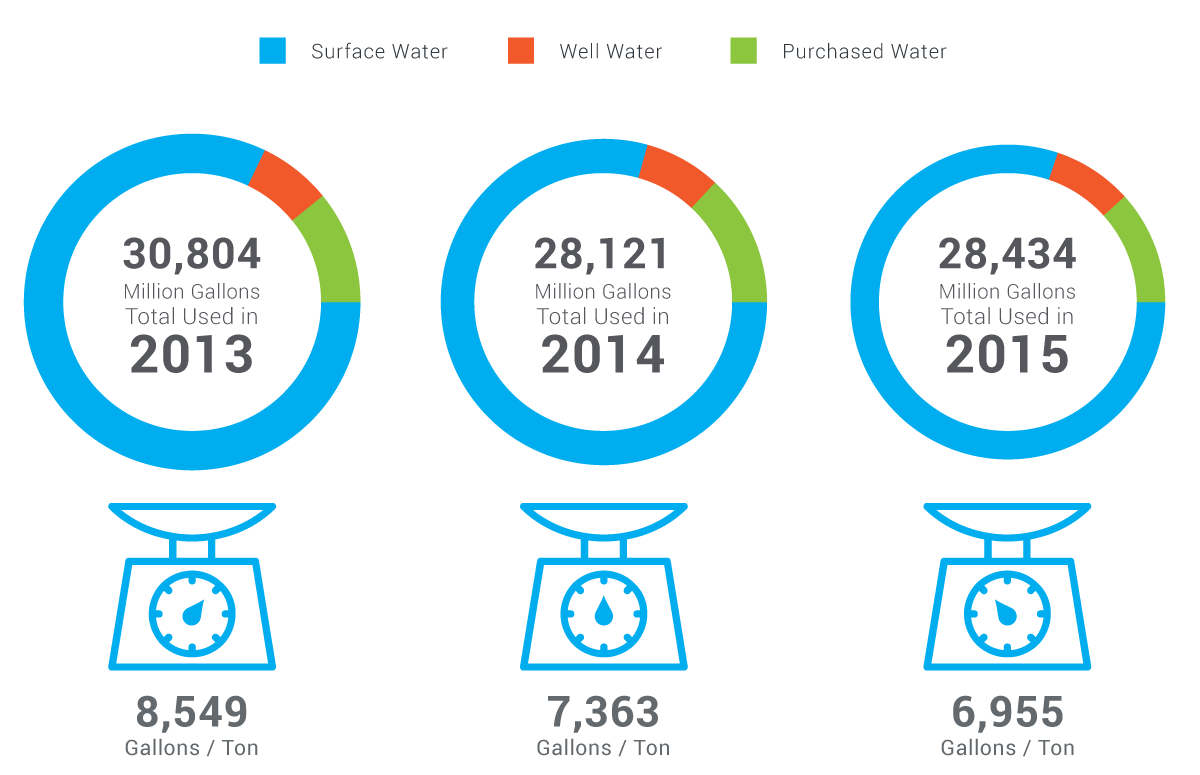 Fertilizer production can have a significant physical footprint, especially in the mining sector. However, every surface acre mined is reclaimed, restoring such lands for productive uses for both wildlife and people. The land use metric is aimed at capturing how many acres of habitat or wetland the fertilizer industry has reclaimed or improved. This metric, while primarily focused on mine reclamation, is applicable to any fertilizer producer that has disturbed and/or reclaimed land around their facilities.

Energy is a necessary component in the process of creating fertilizer products. The energy metric in this report aims to capture energy consumption, energy intensity, and innovative or low-impact energy sourcing to provide a benchmark for continuous improvement. Facility upgrades to improve energy efficiency are resource intensive; therefore, when significant capital investments are considered, plant energy use is evaluated. Significant efficiency improvements are generally undertaken when process lines are upgraded or new capacity is built.

The quantity of energy consumed is important when environmental regulations that affect energy costs and natural gas policy are discussed. Within the fertilizer industry, some manufacturers cogenerate energy or use other low impact energy sources, such as solar or steam from waste heat. Such steps contribute to sustainability goals by reducing the industry’s overall energy footprint.

Nine companies provided energy data. The manufacturing companies that provided data for 2015 account for 52 percent of nitrogen and 84 percent of phosphate and potash fertilizer nutrient production capacity in the United States2. Both total energy use and energy use per ton increased by 8 percent compared to 2014 reported data. Direct energy use was 113 million gigajoules (GJ) in 2015, and indirect energy use was 21.1 million GJ.

Participating member companies reported a total of 1.54 billion GJ of natural gas used as feedstock for fertilizer production in 2015. This is separate from the use of natural gas as a combustion fuel. 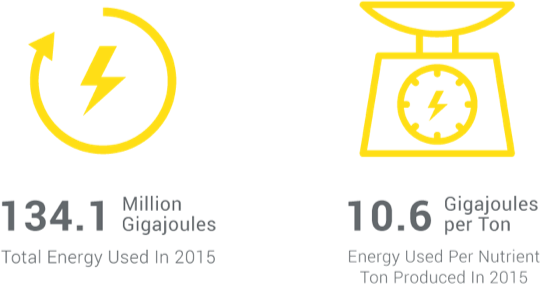 Companies reported capturing more than 107 million GJ of waste heat in 2015 and using that thermal energy for steam production, heating, and electricity generation. This represents energy that otherwise would have had to be purchased or supplied by fuel combustion. 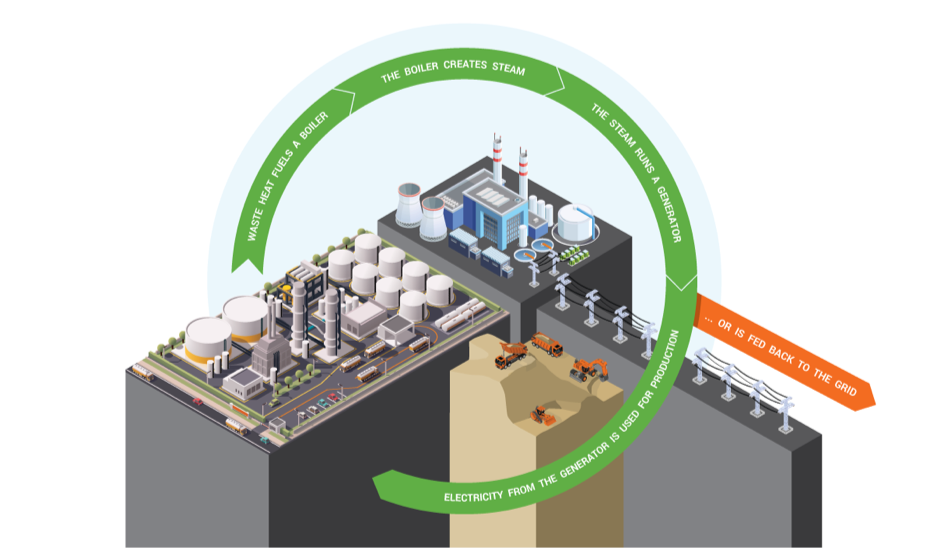 Greenhouse gas (GHG) emissions are a matter that all industries must manage carefully. While the fertilizer industry represents a small portion of total U.S. GHG emissions, the industry is the focal point of many discussions as stakeholders across the food value chain engage in discussions to reduce GHG emissions.

As with improvements for energy efficiency, upgrades to further reduce GHG emissions from manufacturing are capital intensive. Therefore, emission reduction technologies are generally assessed when process lines are upgraded or new capacity is built.

Because high purity carbon dioxide is a byproduct of ammonia production and it is a necessary ingredient in the production of urea fertilizer, the industry captures CO2 for downstream processes. The captured CO2 is also used for other industrial operations such as enhanced oil recovery and the carbonization of soft drinks.

Participating companies provided total GHG emissions as reported under the U.S. Environmental Protection Agency’s Greenhouse Gas Reporting Program (GHGRP), broken down by ammonia manufacturing, other nitrogen fertilizer, phosphate/potash production and manufacturing, and stationary combustion sources. Companies also reported the percentage of CO2 that was captured and not emitted, which is not part of the GHGRP data requested by EPA. The percentage of GHGs (reported to EPA by participating companies) that were captured and not emitted has increased steadily over the past three years.

In 2015, TFI revised the data collection template for GHG emissions to be more consistent with EPA’s GHGRP requirements. Ten companies provided GHG emissions data in 2015, compared to eight companies in the pilot project (2013-2014 data). Total GHG emissions reported to the EPA increased from 2013-2015, in part because the number of participating companies increased. With 91 percent of total fertilizer nutrient production capacity reporting2, 2015 will become the baseline year. The total GHG emissions reported for nitrogen and phosphate fertilizer production were 28.4 million and 2.5 million metric tons CO2e, respectively.

SEE HOW OUR MEMBERS ARE CONTRIBUTING

Getting nutrients where they’re needed quickly and securely

Fertilizer on the Farm

The production, the promise and the challenges of fertilizer 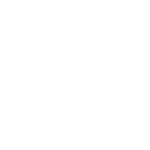