The production of fertilizer is only as good as the industry’s ability to get it to farmers when and where they need it. Fertilizer must move from the production facility to the retail outlet and finally to the farm. This complex process relies on many forms of transportation, including rail, truck, waterways, and pipeline. The fertilizer industry is built to serve the farmer, so that the right amount of the right fertilizer product is safely delivered when the farmer needs it.

Fertilizer is on the move all year round.

Once produced, fertilizer might be transported via truck many times, including to the rail- or barge-loading facility, trucked between the barge and rail trips, trucked from the barge and rail facility to the retailer, and eventually trucked to the farmer. Truck shipments increase in the spring and fall when farmers are applying fertilizer on their fields.

Rail plays a crucial role in the distribution of fertilizer across the United States. It is one of the safest and most efficient ways to transport fertilizer. The fertilizer industry continues to invest in new railcars that are more sustainable and move product safely across the country. Moving fertilizer by rail instead of truck reduces greenhouse gas emissions by 75 percent. One rail car carries the same amount of fertilizer as four truck loads.

Fertilizer must not only be moved within the U.S. borders. A lot of fertilizer either produced or consumed in the United States is imported from and exported to other countries. The United States imports and exports more than 49 million tons of fertilizer each year and relies on U.S. ports of entry to make that happen. A port of entry can either be located on the coast to accept shipments via ocean-going vessels or inland near the nation’s borders with Canada and Mexico. These inland ports are located near rivers and rail lines to aid in getting product to and from the port. In 2017, 27 percent of all fertilizer imports and exports moved through the port of New Orleans7, located along the Mississippi River and served by major rail lines.

Top 10 U.S. Ports Based on Fertilizer Imports and Exports (in tons 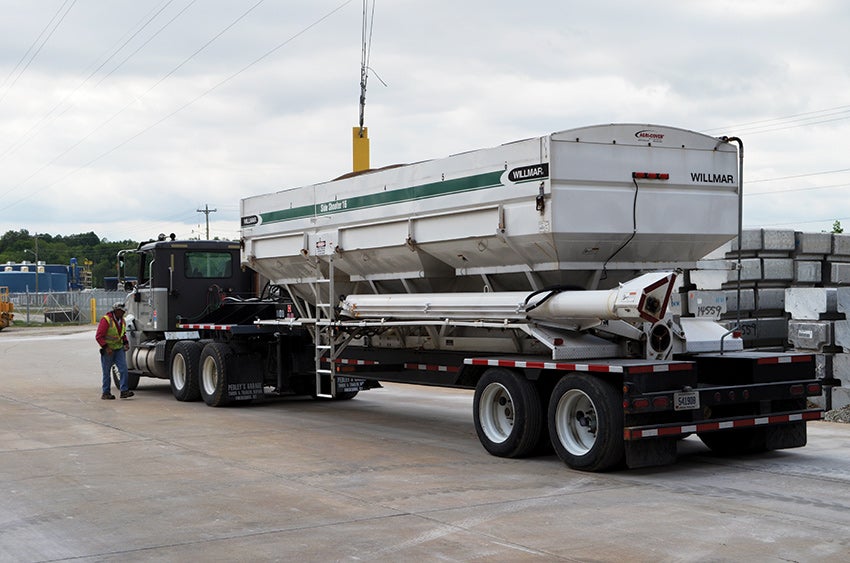 Moving fertilizer around the country requires sound infrastructure, including safe roads and bridges and modern inland waterways. Unfortunately, many of these structures are aging and crumbling. The Fertilizer Institute has been active in supporting efforts to pass legislation providing significant funds to improve infrastructure in the United States. Though progress stalled on these efforts, TFI has submitted comments to the Administration stressing the importance of infrastructure to the fertilizer industry. TFI was also active on Capitol Hill in support of the Water Resources Development Act, which was recently re-authorized and provides funding to modernize inland waterways (ports, locks, and dams).