Home > News
In Regards to Reactive Nitrogen...Don't Believe Everything You Read

The reactive nitrogen issue began in earnest with a jointly authored paper in Science magazine trumpeting the exponential increase in reactive nitrogen release(s) to the environment since 1950.  The article drew a line out to 2050 predicting further and alarming increases in N release.  Just for background, reactive nitrogen is any form of N except N2; or the atmospheric form.  Yes, this encompasses every type of N fertilizer, animal feed, and the forms used in industrial applications from pollution abatement, to pharmaceuticals, to production of glues and resins (amongst thousands of other uses).  Since then, multiple papers, an Environmental Protection Agency Science Advisory Board report, and N assessments in both the United States and Europe have been performed, further fanning the flames.  Perhaps the most important and fundamental role of reactive N, and occasionally acknowledged within the ecological community, is the role we play in producing a safe, abundant food supply.  Getting back to my risk-risk tradeoff theme, these papers highlight the human health and ecological impacts of N; yet rarely if ever quantify the benefits these chemicals provide (more on this later).

Reactive N gained its moniker because of its potential to react multiple times – and cause multiple impacts, before ultimately being converted back to N2.  This means that every unit of reactive N is not created equally in terms of the costs to control nor the health impacts.  N releases to air far outweigh all other forms in this regard (see the William Moomaw paper using the Chesapeake Bay as a case study).  These molecules may contribute to air pollution and particulate matter, may be greenhouse gas pollutants, and then fall onto water or land with continuing impact.  Thus, reactive nitrogen.

The most prominent N air pollutant is nitrogen oxides (or NOx).  So lets take a look at the trend over the last twenty years in how we have done in reducing NOx.  The figure below was taken from EPA’s recent report on progress in acid rain pollutants – primarily NOx and SOx.  You can see that all sources have contributed below to the tremendous reductions in atmospheric NOx over the past two decades. 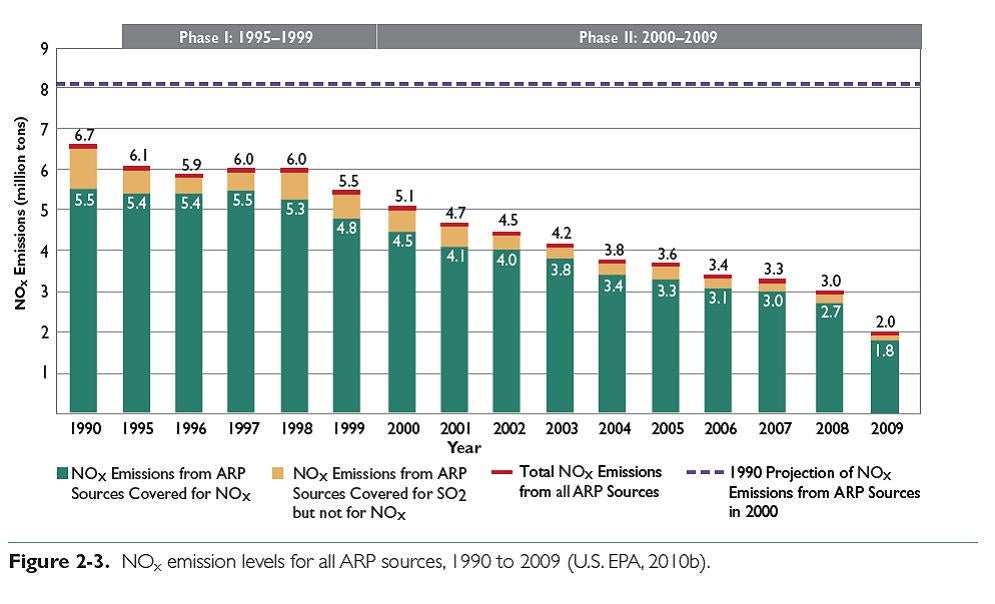 What about the trends in relation to nitrates and groundwater?   As a point of note, an emerging body of evidence indicates that the human health threat (especially in relation methemoglobinemia, or commonly referred to as Blue Baby syndrome) is not solely related to nitrate exposure.  The recent papers by Mary Ward of NIH and Fewtrell  best explain the current thinking behind nitrates and lack of causation to methaemoglobinaemia.  As stated in the Powlson paper:

There are two main health issues: the linkage between nitrate and (i) infant methaemoglobinaemia, and (ii) cancers of the digestive tract. The evidence for nitrate as a cause of these serious diseases remains controversial. On one hand there is evidence that shows there is no clear association between nitrate in drinking water and the two main health issues with which it has been linked, and there is even evidence emerging of a possible benefi t of nitrate in cardiovascular health.

So what are the trends for nitrate in groundwater in agricultural regions?  This was taken from a Burkartaus paper; and although not as positive as the NOx reductions, certainly don’t indicate an exponential increase in nitrates in North American groundwater.  Given that N moves on a geological timescale; improvements in efficiency through 4R uptake and other practices may take multiple years to demonstrate improvements. 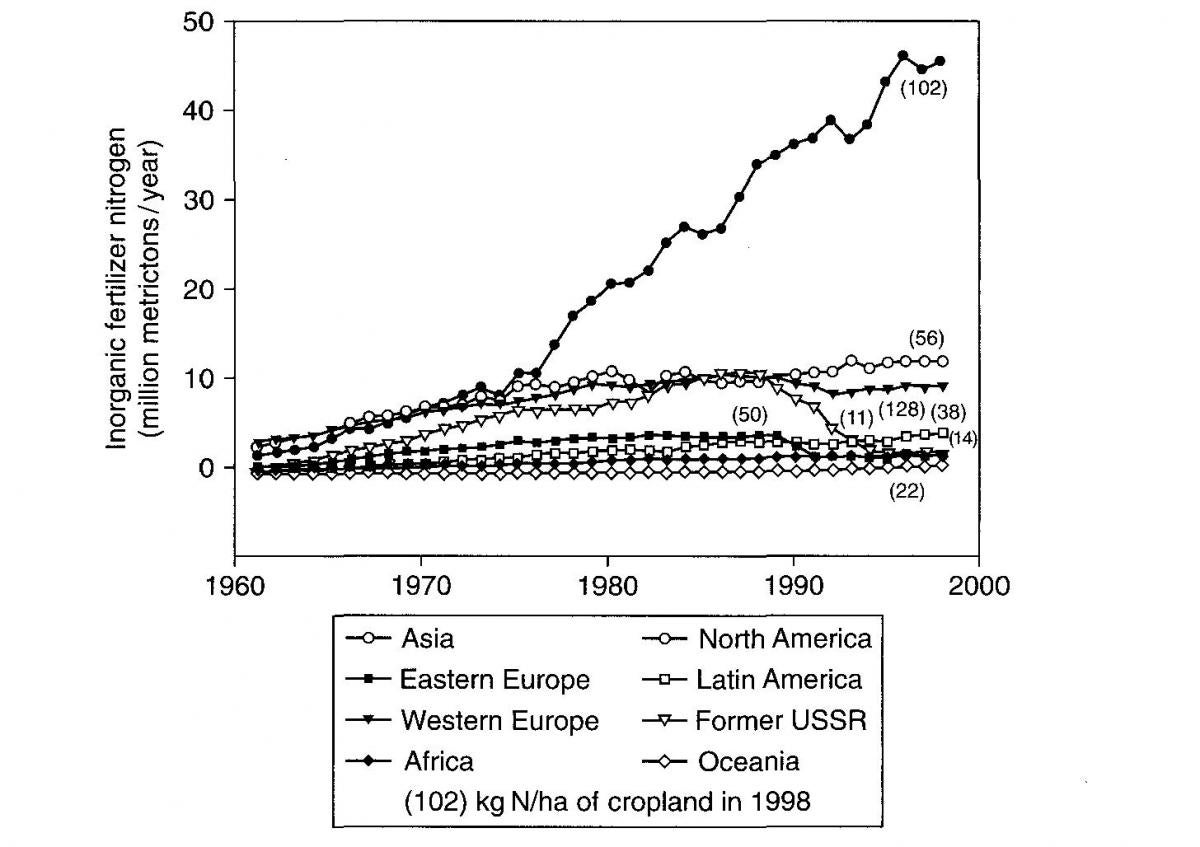